Sukhwinder Singh has created a special place in the music industry due to his captivating and powerful voice. There is no singer better suited for energetic and high-spirited tracks than him. Although he is not a regular name in movie projects yet even a single song is enough for him to enchant audiences like no other singer can.

Sukhwinder was born in Sharika Pind, Amritsar, Punjab, India on 18 July 1971. Unluckily he lost his parents at the age of 9. His first performance came at the age of eight when he voiced the classic song “Sa re ga ma pa, pa, pa, ga ma re, ga re mere sang mere saajna” from the movie “Abhinetri.”

In his early days, he released a Punjabi album named “Munda South Hall Da” in collaboration with T. Singh and instantly joined Laxmikant-Pyarelal’s troupe as a music arranger.

His first break came in the form of “Karma” in which he had only a few lines to his name. The first step opened new doors, and he went on to sing a few more tracks. But, Sukhwinder was not satisfied with his performance and went to Leicester in London to learn the ins and outs of various musical genres.

After the comeback, he was called by A.R. Rahman to sing “Chiyya Chaiyya” for the movie “Dil Se” that was a blistering success. He then worked for renowned movies like “Taal,” “Biwi No. 1,” “1947 Earth,” “Daag,” “Tere Naam,” “Chak De! India,” “Om Shanti Om” etc. His work was enough to make him a household name and garner appreciation from around the globe.

In recognition of his work, he was awarded two Filmfare awards for “Chaiyya Chaiyya” and Haule Haule.” The singer made a great impact overseas when the song “Jai Ho” for the movie “Slumdog Millionaire” was able to win an Oscar in the Critics’ Choice category. Composed by A.R Rahman and penned by Gulzar, the song also won a Grammy for the best song written for a Motion Picture, Television or Other Visual Media in 2010.

Sukhwinder also has a National Film Award for Best Male Playback Singer to his name. He received the accolade at the 62nd National Film Awards for his work in the movie “Haider” (2014).  Back in June 2014, he became a part of “Jhalak Dikhla Jaa” season but was drafted out in the initial stages. As of now, the legendary singer is still unmarried and seems to enjoy success through his tours. 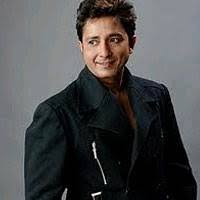