Finally, the wait is over, Master trailer is out. Master is an upcoming Tamil-language action-thriller film, which is written and directed by Lokesh Kanagaraj, and produced by Xavier Britto, under the banner XB Film Creators. The film starring Vijay, Vijay Sethupathi & Malavika Mohanan in the lead role and in the Supporting roles Andrea Jeremiah, […] Rishi Kapoor passes away at 67, terrible week for Indian cinema

This is a terrible week for Indian cinema, we lost another versatile actor Rishi Kapoor who passed away peacefully at 8:45am IST after a two-year battle with leukemia in Mumbai today. Rishi breathed his last at the Sir HN Reliance Foundation Hospital in Mumbai. His wife and actor Neetu Kapoor was by his side, confirmed […] One of the finest actor of Bollywood Irfan Khan gone way too soon. He died at the age of 54. The actor was admitted to Mumbai’s Kokilaben Dhirubhai Ambani Hospital on Tuesday, where he was under observation for colon infection. Irfan was Born to Muslim parents in the village of Tonk near Jaipur, Irrfan’s mother […] The singer, Kanika Kapoor best known for songs like Baby Doll and Da Da Dasse, became the first B-Town celeb to test positive for COVID-19. Kanika Kapoor, who had allegedly flown into India from London 10 days ago, claimed that she began to develop flu-like symptoms four days ago. Confirming the news on Instagram, Kanika […] Sidharth Shukla, Bigg Boss 13 winner is all set to be seen with co-contestant Shehnaaz Gill in a first romantic music video, titled Bhula Dunga. The first look poster is out now. Both Sidharth and Shehnaaz can be seen looking into each other’s eyes on the poster. The song has been sung and composed by […] 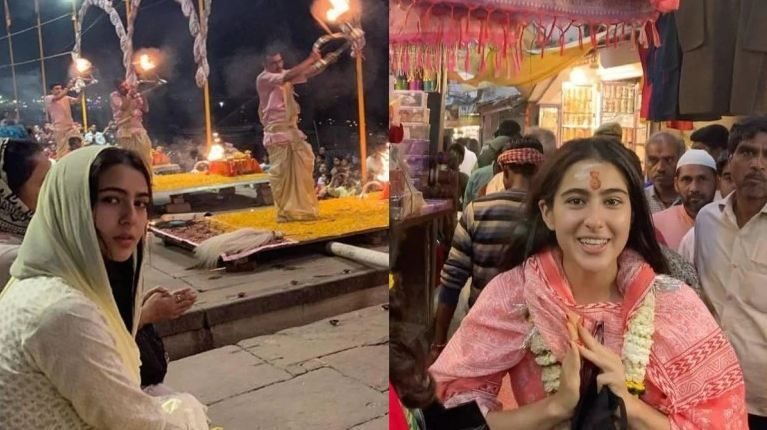 On Sunday, the Love Aaj Kal actor Sara Ali Khan shared a video on her social media account of herself in which she is seen giving her fans and followers a tour of the holy city – Varanasi. The actress was walking freely on the roads as the locals were oblivious to the presence of […]